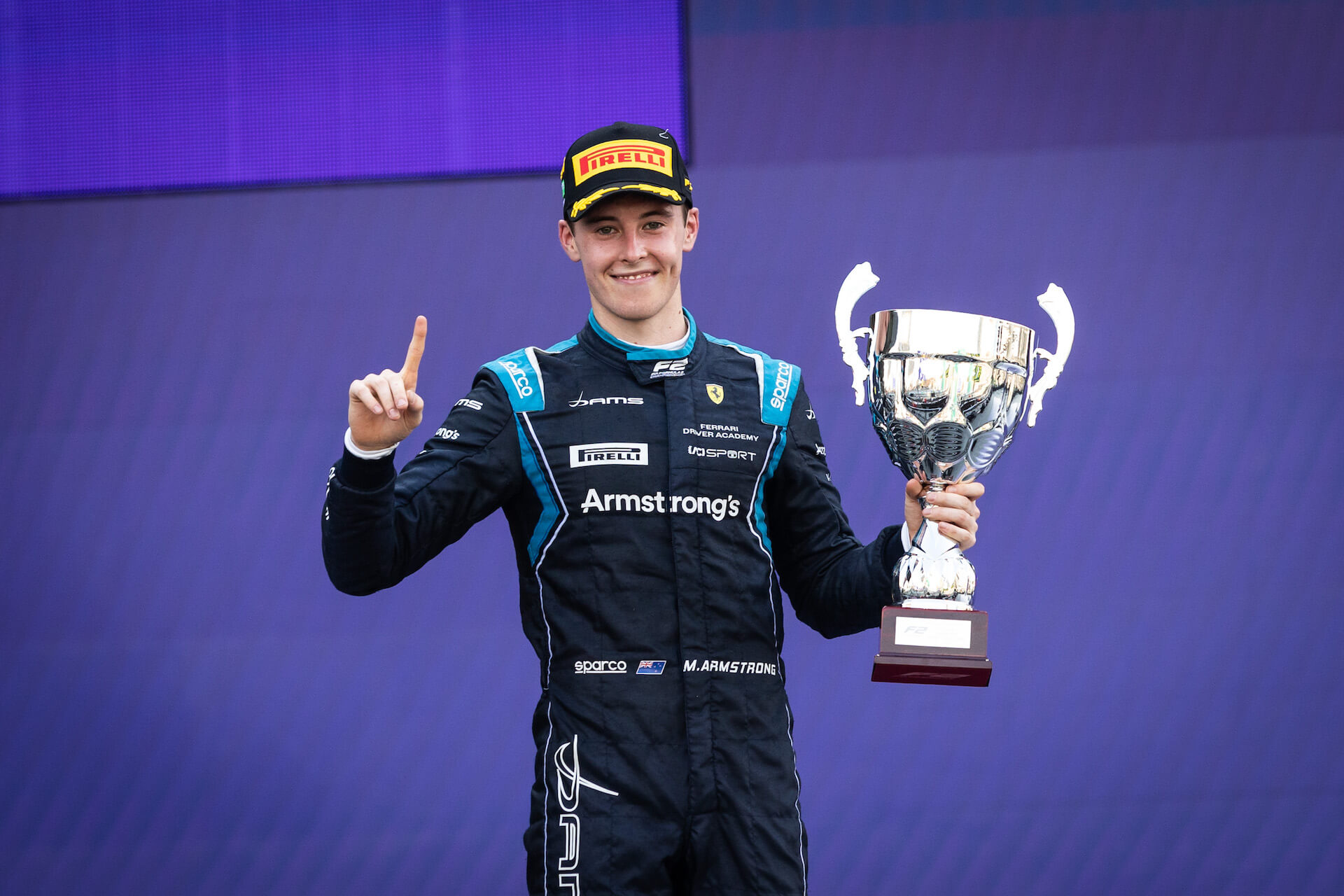 DAMS driver Marcus Armstrong took victory in the first Sprint Race at the Jeddah Corniche Circuit after a superb drive in Saudi Arabia.

The New Zealander started on the front row of the reverse-grid Sprint Race 1, before taking the lead at Turn 1. He led every lap, securing his first win in Formula 2, before claiming eighth place and more points in a chaotic Feature Race.

DAMS wishes a speedy recovery to both Théo Pourchaire and Enzo Fittipaldi following their crash in the Feature Race, and we hope to see them on the grid very quickly.

Marcus Armstrong: “I’m delighted to finally be on the top step of the podium in F2, it’s been a long time coming and it feels great to have this trophy. I had a good start and made the move for the lead into Turn 1. It’s not easy to overtake here so I knew I had to get it done early. I’m really happy for the team, they’ve worked incredibly hard all season, so this win is as much theirs as it is mine.”

Roy Nissany: “I’m very pleased for the team and for Marcus following the win in Sprint Race 1. I struggled a bit with the balance and the pace, which meant I was just outside the points all weekend. We’ll look at the data and hope to learn quickly ahead of the season finale next week in Abu Dhabi.”

François Sicard, Managing Director: “Jeddah is a very exciting venue, the track is tight and fast. Marcus got a very impressive start in Sprint Race 1, he made a bold move at Turn 1 and managed to take the lead. He controlled the race very well, maintaining the pace and looking after his tyres. He also did well on the Safety Car restarts, with perfect getaways every time. It was a great feeling to see Marcus on the top step and I’m very proud of the team, who deserve this win as well. Roy had strong pace, he picked up positions in both sprint races but was always just outside the points. It’s a quick turnaround for the final race in Abu Dhabi, so we’ll aim to finish the season strongly there.”