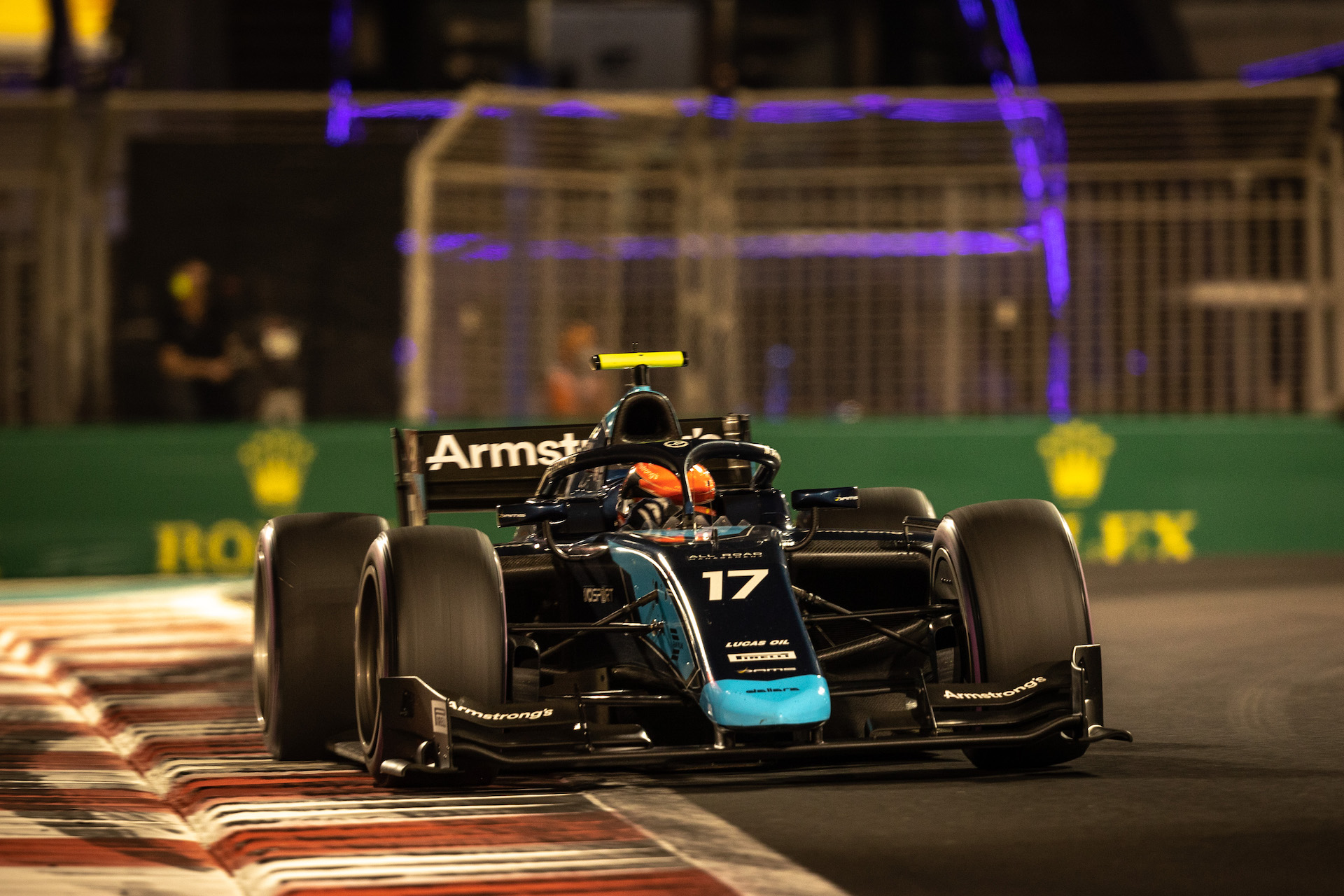 DAMS rounded out the 2021 FIA Formula 2 season with Feature Race points at the Yas Marina Circuit, courtesy of Marcus Armstrong. The New Zealander finished seventh in the final race of the year.

On Saturday, Armstrong was leading Sprint Race 2, before an electronic issue ended his day midway through the race.

Marcus Armstrong: “In the first race we had a good start and moved up to P10 before my DRS failed, so I did my best to hold position. We definitely had the pace to move forwards, but at least P10 secured pole for Sprint Race 2. We had a good getaway, took control and managed the lead. After the second Safety Car restart, the engine stopped and we were forced to retire, which was very frustrating. In the Feature Race we had strong pace, went long on the first stint and managed to take some good points in P7. Thanks to DAMS for this season, we had some challenging moments, but I’ve enjoyed my time with the team and wish them all the best.”

Roy Nissany: “We had solid pace this weekend but couldn’t quite get ourselves into the points. Overall we had a good season and progressed in pace throughout. A big thanks to DAMS for their hard work and I’m already excited to get back in the car next week for post-season testing.”

François Sicard, Managing Director: “Qualifying was frustrating, we definitely had the pace to be further up the grid. Marcus had a good start in Sprint Race 1 before his DRS failed, but he still secured P10 and pole for the second race. Again, he performed well, managing the two Safety Car restarts perfectly before an electronic issue stopped the car on track. It’s a real shame for him and the team. In the Feature Race, both Marcus and Roy had really good pace and they concluded the season with strong performances. It wasn’t the year we were expecting as we had some difficult moments. Thanks to both Roy and Marcus for their hard work, and we’re looking forward to the post-season test and beginning our preparations for 2022.”