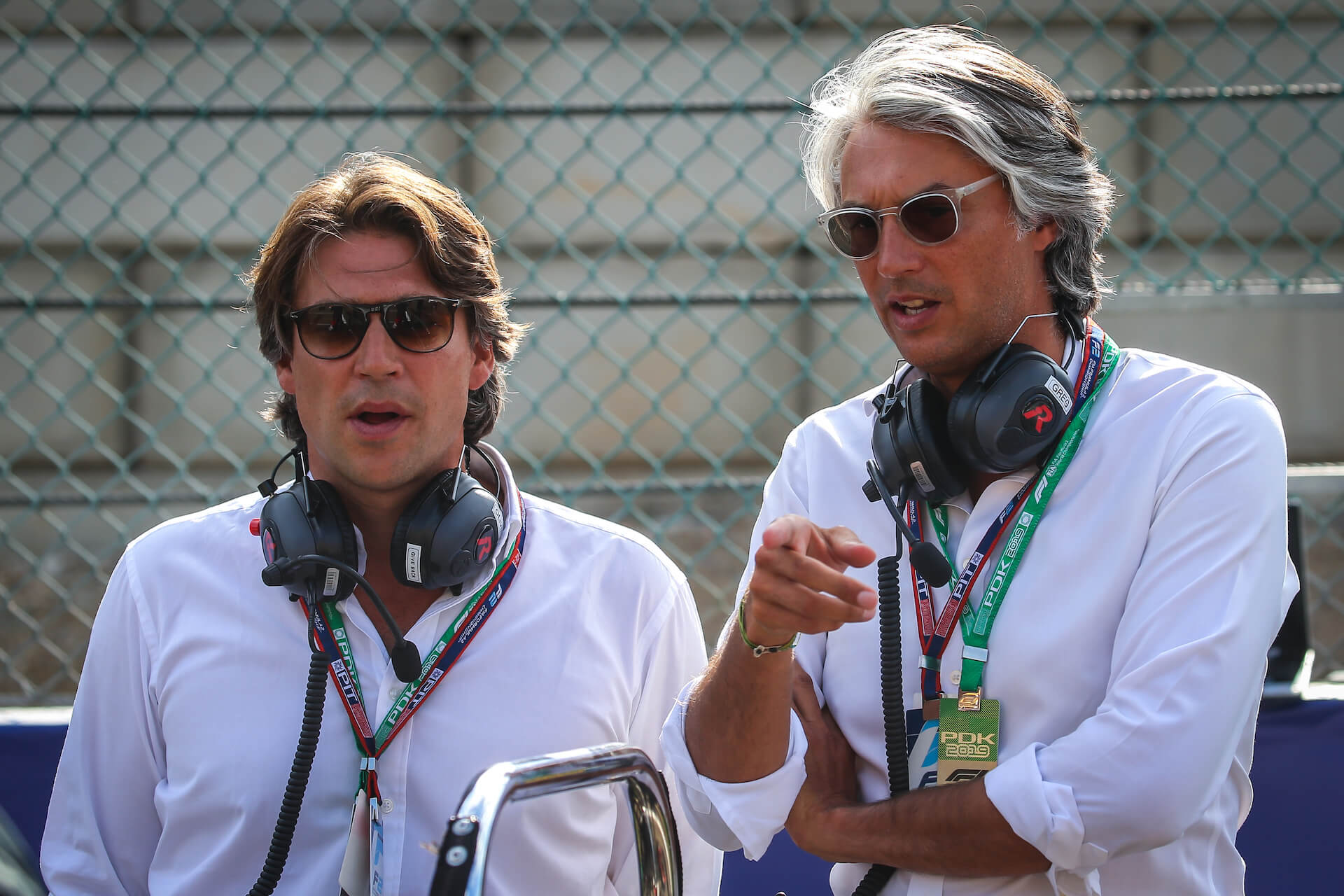 Q&A WITH OLIVIER AND GRÉGORY DRIOT

Did you have other potential buyers?

No because it wasn’t for sale. We were contacted by Charles and very quickly found his approach and vision in line with our values and racing spirit. Charles has achieved a lot in motorsport, he’s a great asset and his plans will bring the team forward and help maintain DAMS’ successful legacy. There are historical connections between the Pic family and ours, through our father, Charles’ grandfather, and ex-DAMS drivers such as Eric Bernard, Olivier Panis and Arthur Pic.

The agreement does not include the Nissan e.dams programme in Formula E, and is exclusively for DAMS in Formula 2.

Why did you decide to hand over the reins?

To make sure DAMS’ successful legacy carries on and to secure the future of the DAMS employees. It was never a question of money. With Charles, DAMS is in good hands. We will not be involved, but we will obviously keep an eye on the team’s progress.

What are you best memories from the past 30+ years?

Olivier: My years working alongside my father and the team in F3000 and the 24 Hours of Le Mans will always stick with me. It was a special time for us and it’s difficult to think of just one specific memory, as there were so many.

Grégory: My best memories are the ones from the early years of GDBA and DAMS in the late 80s, as our father often took us with him to F3000 races and the 24 Hours of Le Mans. We would share his passion, as well as the successes and emotions that motor racing brings.

Will you keep any memorabilia, cars or trophies?

We have kept the DAMS F1 car which has been restored. We will also keep the complete Cadillac LMP bodywork, which participated at the 24 Hours of Le Mans in 2000 and 2001 and the numerous trophies and helmets of previous DAMS drivers.