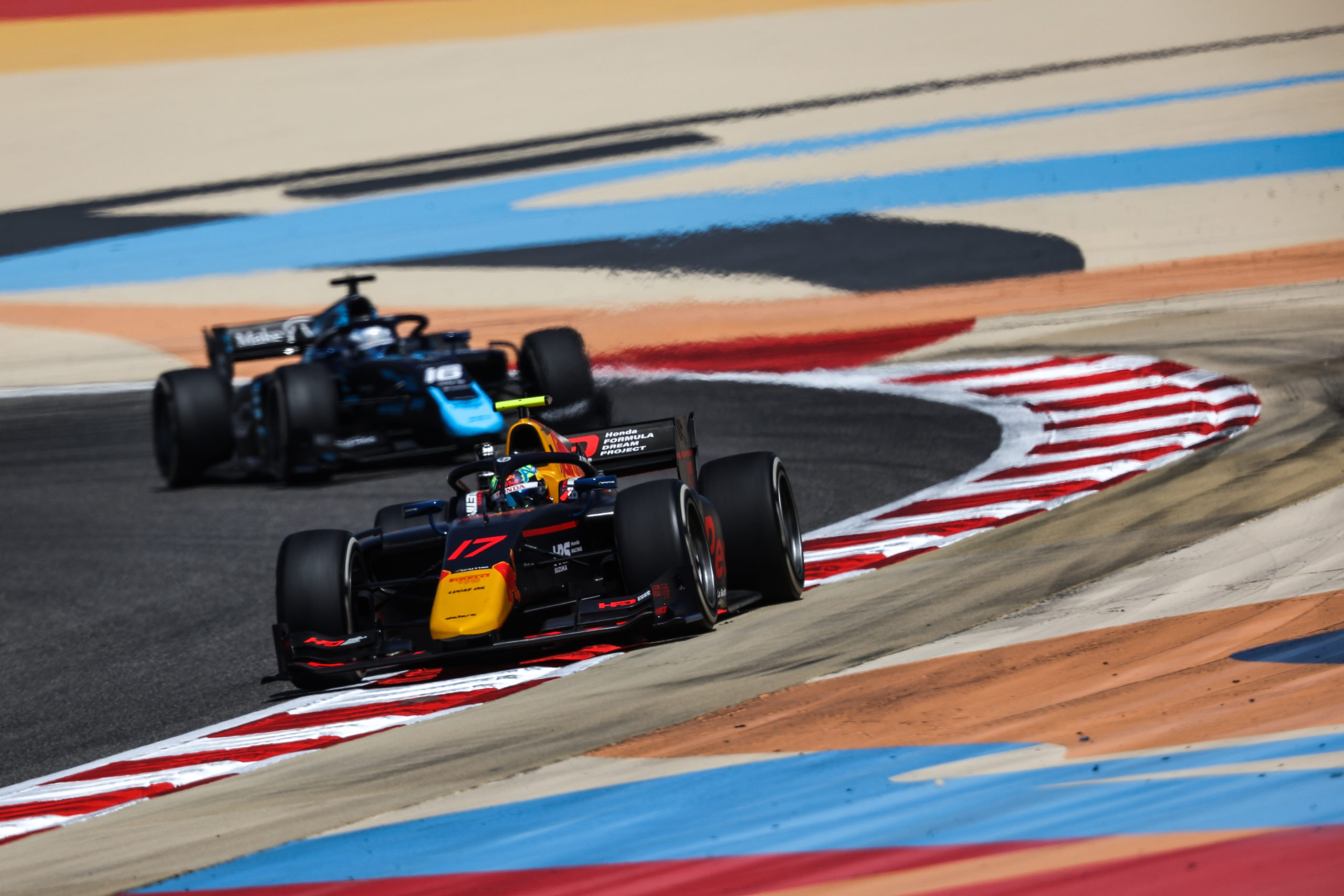 DAMS made a promising start to the 2022 FIA Formula 2 Championship with points finishes in both races at the Bahrain International Circuit, thanks to a stunning drive from debutant Ayumu Iwasa in the Sprint Race and Roy Nissany’s excellent effort in the Feature Race.

The Japanese Red Bull Junior gained 14 positions on Saturday to score a point in eighth place. He then went on an overtaking spree in the Feature Race, leading during the pit stop phase and was running in seventh before a late technical issue dropped him down the order on the final lap.

Roy Nissany: “I’m pleased to have scored my first points of the season in the Feature Race, it was eventful and we were involved in so many battles out there. We had a small issue with the gearbox which cost us time on the straights, so I had to work really hard to hold position. The car felt good so we can be happy with our progress this weekend. I’m looking forward to Jeddah, we’re obviously quick so hopefully we can score more points there.”

Ayumu Iwasa: “Overall I’m happy with how my F2 debut went. In qualifying I made a mistake, the tyres and track temperatures were cold and I spun so I’m sorry to the team for that. In the Sprint Race I did my best and got into the points, which was really positive. The car was great, I managed the tyres well and felt quick on track. On Sunday it was more of the same, the car was amazing and I was able to make plenty of overtakes, which was really fun. It was a shame we had the technical issue at the end of the race, but we showed we have really good speed in the car.”

François Sicard, Managing Director: “It feels good to start the season after a few months away. Free Practice was strong, we finished second and third, which was very promising. In qualifying Roy was so close to reverse-grid pole, just eight-thousandths off, but it showed straight away that the speed is there. Ayumu made a small mistake with big consequences in qualifying, but he drove brilliantly in both races. He completed several overtakes and managed his tyres very well, which is really encouraging for the season ahead. He was unlucky to have an issue with an overheating engine on the final lap of the Feature Race, as he deserved those points. Roy battled very hard all weekend, he had strong pace and worked very hard to secure eighth place on Sunday. The car was strong on both tyre compounds and now we face a quick turnaround for Jeddah next week, where we hope to fight at the front.”