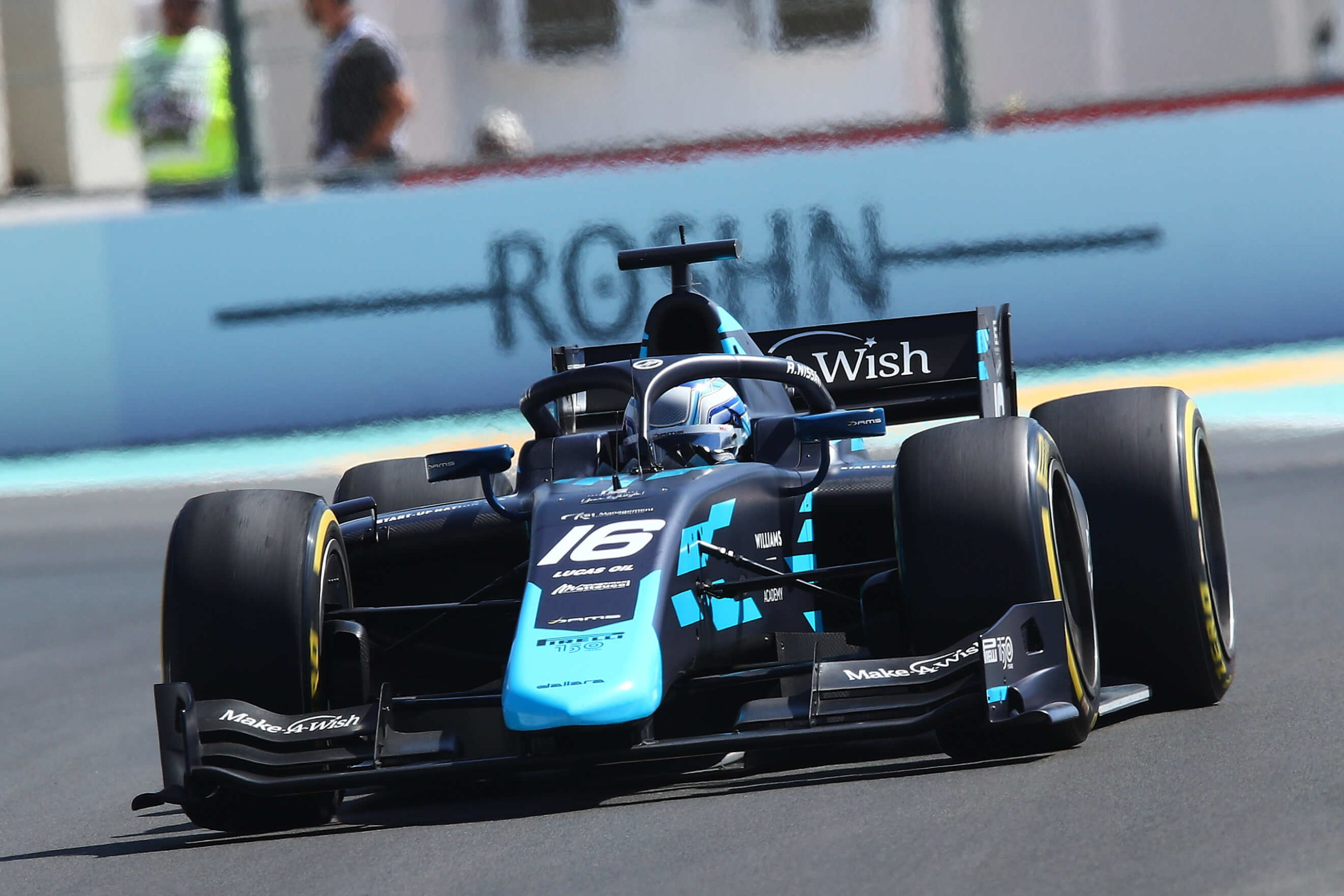 DAMS scored 13 points at the 2022 FIA Formula 2 Championship’s second round in Saudi Arabia, with Ayumu Iwasa and Roy Nissany finishing in the top ten in both races.

On the notoriously tight and tricky Jeddah Corniche Circuit, both drivers kept it clean as the French team showed strong pace all weekend. Iwasa collected points for sixth place in Saturday’s Sprint Race, before taking seventh on Sunday, one position ahead of Nissany.

Ahead of the next round at Imola, the F2 paddock will head to Barcelona for three day’s testing from 12-14 April.

Ayumu Iwasa: “It’s been a solid weekend for me and the team in Jeddah. It’s my first visit to this track, so it took a while to familiarise myself with the layout. It’s a really fun and challenging circuit, we had great pace in qualifying and put ourselves in a positive position for the weekend with P6. We had good speed in both races, and battled hard to score some really good points for the team, so we can be pleased with the progress we’re making.”

Roy Nissany: “We can be pretty happy with our work in Jeddah, finishing P8 in the Feature Race for the second weekend in a row. We were close to the top ten in qualifying, it’s a difficult track to predict and the interrupted session didn’t help us. It’s a tough circuit to overtake on, but we were pleased with P9 on Saturday because it showed that we have the potential to move forwards. We then put it together on Sunday and scored some more solid points for the team. We’ve got a bit of a break now, so we’ll work hard to improve even further ahead of Imola.”

François Sicard, Managing Director: “Overall it was a positive weekend for us in Jeddah, we came away with a good haul of points and some things to work on in the next few weeks. In the Sprint Race, we only got about a third of the race under green flag, which wasn’t ideal as we set the car up to make sure the tyres lasted all 20 laps. However, Ayu battled well to take P6 and Roy also had a strong race in the dirty air of the pack. On Sunday both drivers worked really hard to secure a double points finish. We had good pace throughout the weekend on both cars, so now we have to build on this ahead of the next round.”