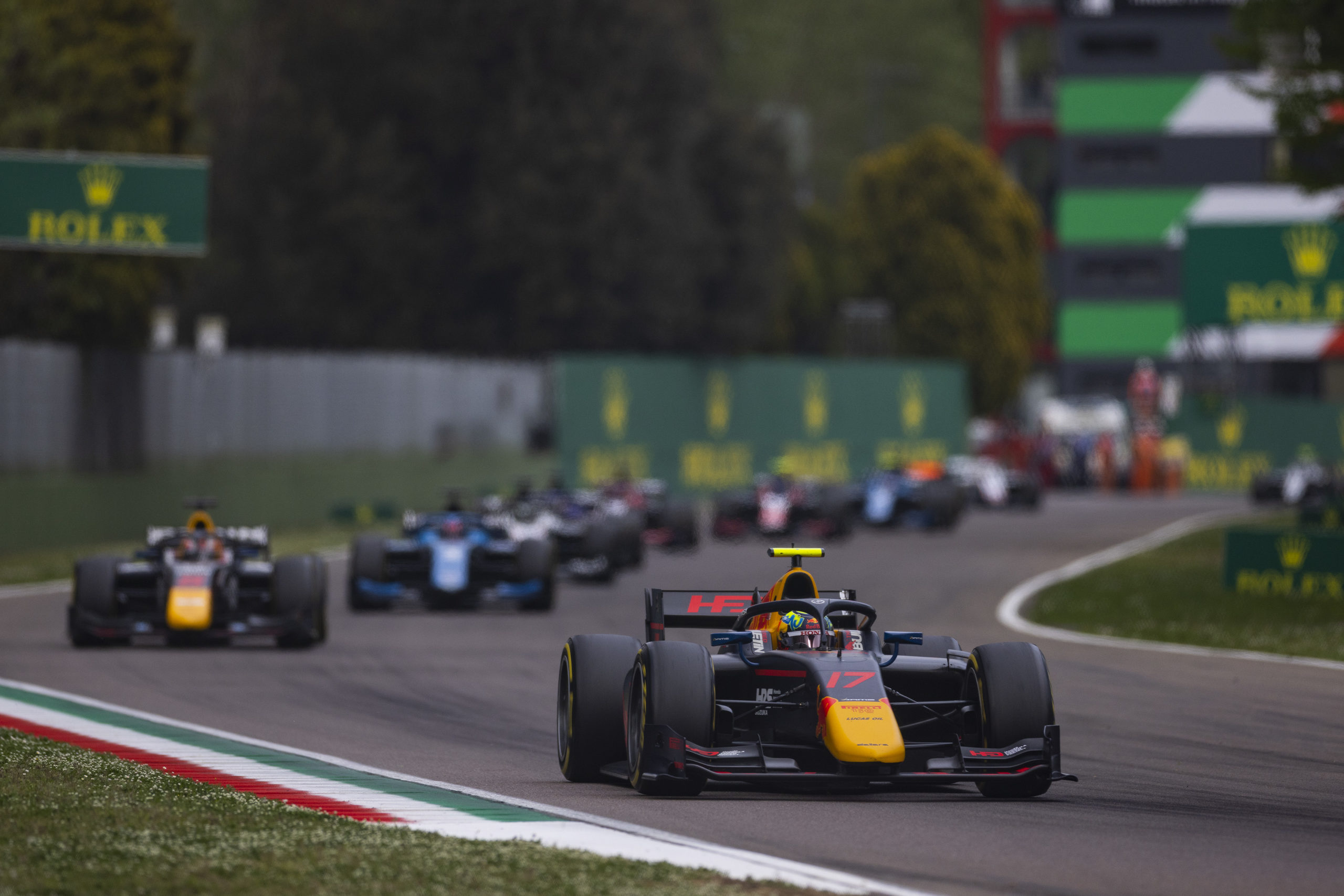 DAMS takes strong points in both races at Imola

DAMS showed excellent pace in Round 3 of the 2022 FIA Formula 2 Championship at Imola, scoring points in both races and leading the Feature Race with Roy Nissany.

Nissany made a great start in Saturday’s Sprint Race, challenging for the podium positions and eventually taking fourth, his best result of the season.

On Sunday, Nissany once again got an incredible launch, going from sixth to first on the run into Turn 1 and leading during the opening laps. Following the pit stop phase, the Israeli driver continued to hold the net race lead, until a mistake ended his chances of victory.

Japanese rookie Iwasa put in a mature performance to claim fifth place in the Feature Race, his best result of his F2 career so far.

Ayumu Iwasa: “I’m happy with how the weekend went, I think there was potential for more points but we showed great pace as a team. Qualifying was tricky with the conditions, but the car felt really good and I was delighted with P2 and a front row start on Sunday. I got a bit stuck in the pack on Saturday as it’s difficult to overtake here, so we just missed out on points. We lost a few places in the pits in the Feature Race as I had to wait for Roy to finish his stop ahead of me in the double stack, but we had good pace throughout to take P5. It could’ve been more but I’m satisfied with my first visit to Imola and looking forward to Barcelona next month.”

Roy Nissany: “The car felt great in qualifying, the track was drying so I was happy with our performance. On Saturday we had a solid race, I got a brilliant start and towards the end of the race we had very good pace. We were so close to the podium and with one more lap we probably would have got it. My start in the Feature Race was amazing, jumping up five places to take the lead. The team did a perfect pit stop and we were feeling comfortable in the net lead, but I made a small mistake with big consequences and that was the end of our day. I’m sorry to the team, they gave me a great car this weekend and hopefully we can bounce back in Barcelona.”

François Sicard, Managing Director: “It was interesting for the team to return to Imola for the first time in ten years, it was almost like going to a brand-new circuit. The drivers did really well in qualifying to both be in the top six. Roy made a great start on Saturday and managed to take P4, while Ayumu had a solid race, with overtaking difficult on this track. Roy was even quicker off the line in the Feature Race, and managed his pace really well until he made a small mistake, holding the net lead following the pit stop phase. It’s a shame as he had an almost perfect weekend apart from that moment. Ayumu lost out a bit in the pits, unfortunately he had a slow stop. We had to double stack under the Safety Car, which made it difficult for the crew, but he would have fallen even further down the order if we left him out. He dealt with it well and raced strongly to the end, claiming a very solid result. We know we could have had more points from this weekend, but the important thing is that we have a fast car. We now look forward to Barcelona, it’s a track we know well following testing there earlier this season.”