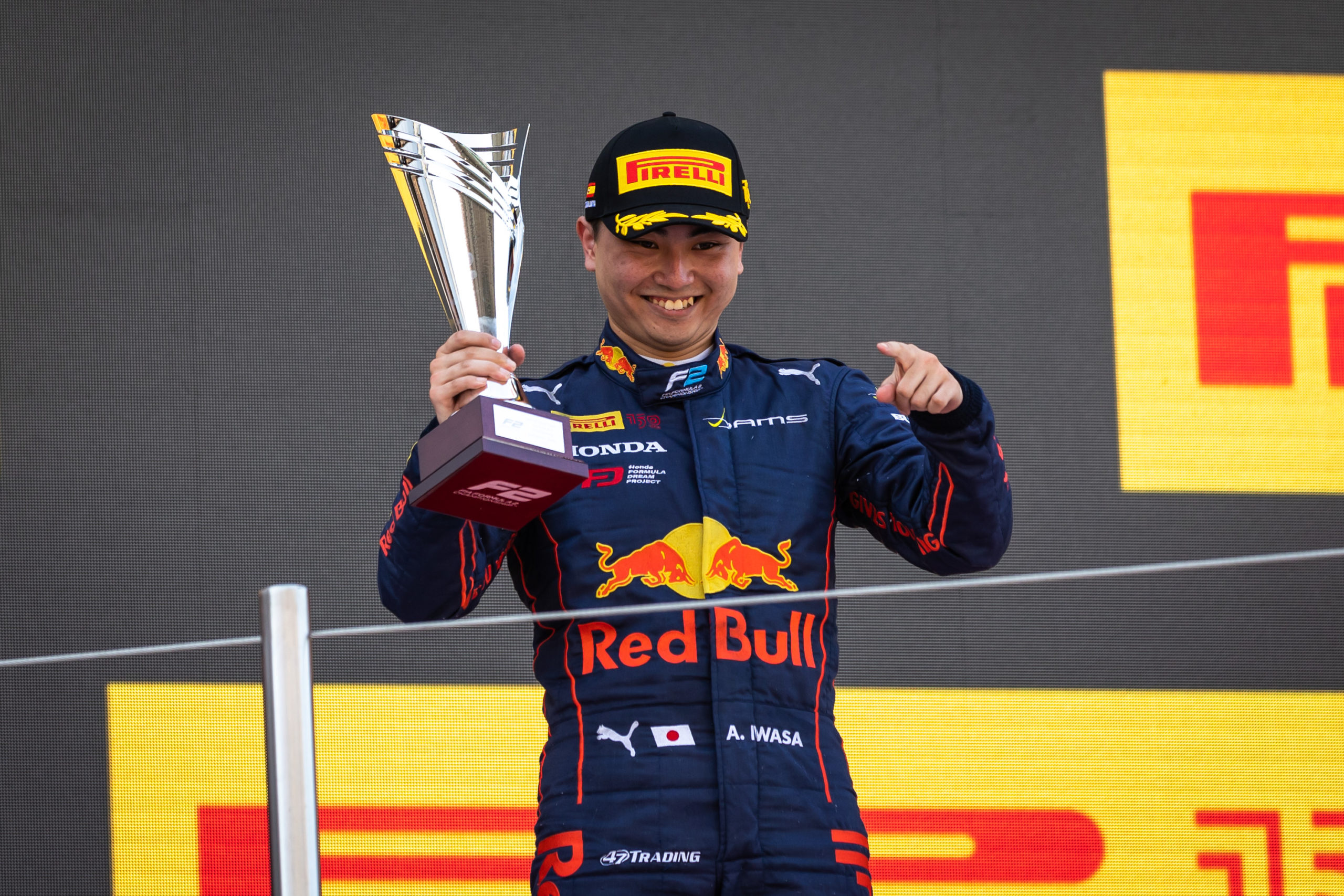 The Japanese rookie qualified in sixth, despite heavy traffic on his final push lap that prevented him going even quicker. That became fifth for Saturday’s semi-reverse grid Sprint Race. Iwasa got a great start, jumping up to second place on the first lap and had strong pace throughout to claim his maiden podium in the series in just his fourth event.

During Sunday’s Feature Race, Roy Nissany put in a consistent and clean performance to come through the field and claim a point in 10th.

The Barcelona round was DAMS’ Managing Director François Sicard’s last with the team, after more than ten years of service. We wish François all the best in his future endeavours and a replacement will be announced in due course.

Ayumu Iwasa:“I’m really happy with my performance this weekend. The car felt great, I was quick in qualifying and without traffic we could’ve gone faster. On Saturday I got an amazing start and looked after my tyres throughout the race to take P2. I’ve been working on my starts with the engineers so it was great to see it pay off. To be on the podium was such a good feeling, the team have been pushing in the factory since the start of the season and they deserved to celebrate as well. In the Feature Race I tried to avoid a slow car ahead but was too close to the back of it and damaged my front wing. It’s hard to overtake here, I did my best but unfortunately the tyres didn’t last long enough and we ended up just outside the points. I’m excited for Monaco next week and I hope we can have another positive weekend! I’m happy I was able to score a podium in François’ final weekend with DAMS, he believed in me for this season and I’m thankful for what he’s done for me. See you soon, boss!”

Roy Nissany: “It was a frustrating weekend for me, but I’m pleased with our recovery in the Feature Race to claim a point, we had really strong pace. We couldn’t quite find the speed in qualifying, which is something we’ll be working on going forwards. The difference is only a few tenths but it makes such a difference in this field. We had good potential this weekend, the car was fast and we showed it today, and we’ll be looking to build on that for Monaco next week. I want to wish François all the best in his new role, he’s been great to me over the last season and a half and I hope to see him around the paddock soon.”

François Sicard, Managing Director: “It was a great result for the team to have Ayumu on the podium in the Sprint Race. He’s been working hard on his starts and he was rewarded with a mega launch. He managed his tyres well and deserved to finish P2. On Sunday it was a more difficult race, unfortunately he couldn’t avoid a slow car ahead that had technical problems, meaning he had to pit for a front wing change. Roy had a very solid race, starting 17th on the alternate strategy. He finished really strongly, overtaking two cars in the final laps and claiming a point in P10.

“After ten years with DAMS, I feel like it is the right time for me to move on. The team’s long-term future is secure thanks to Charles Pic, and it’s been great working with him over the last few months. We’re on the right track, as Ayumu’s podium yesterday showed. I wish the drivers and the team all the best for the rest of the season and the future, and I look forward to following their progress with interest. A special thank you to Jean-Paul Driot, who brought me to DAMS back in 2012 and trusted me to run this amazing squad. I’ll always be grateful to him and the team and will never forget the memories I made with DAMS.”