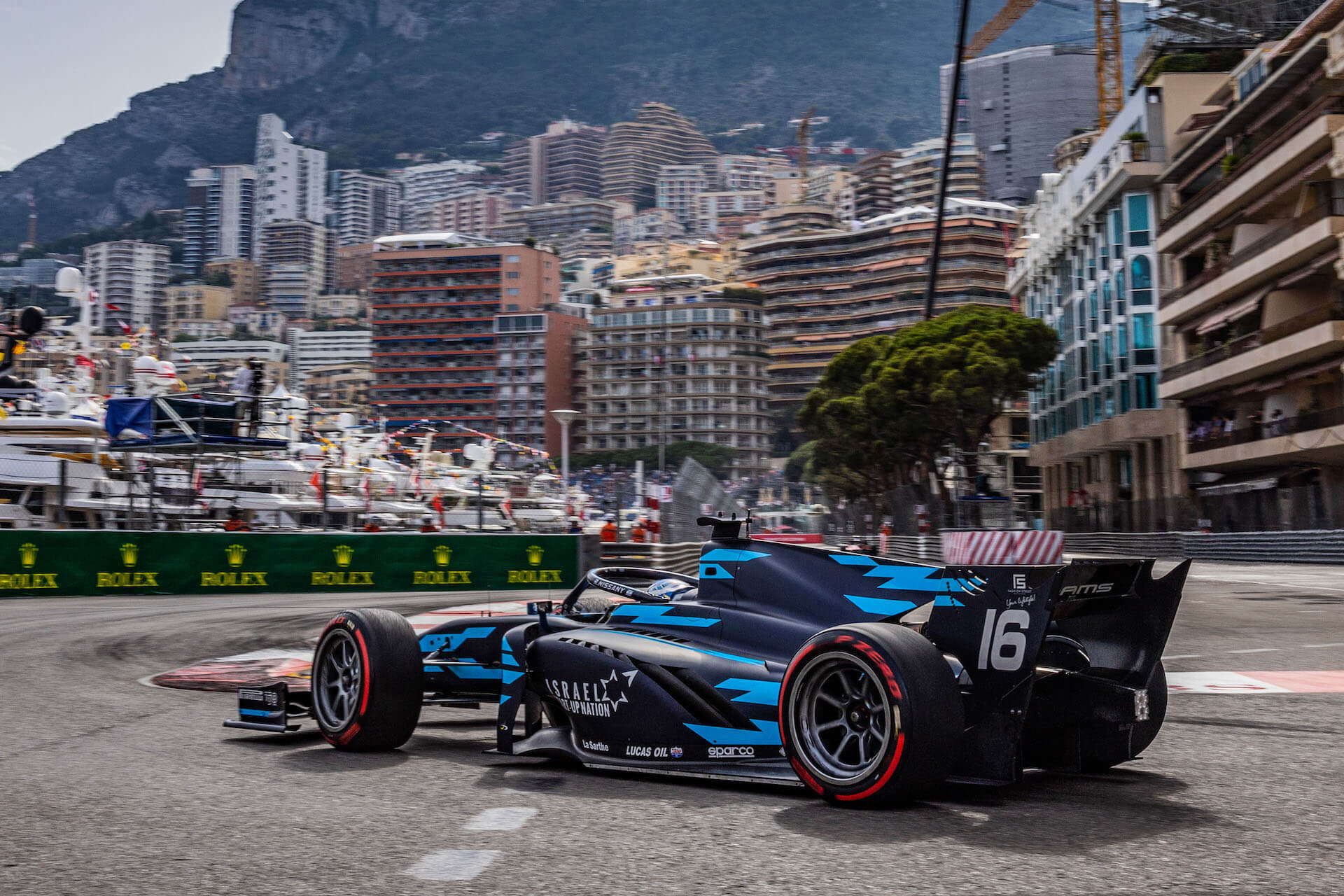 DAMS’ Ayumu Iwasa showed excellent pace on Friday to originally qualify in third position on his first visit to Monaco, before being penalised for speeding in a yellow flag zone.

Roy Nissany was unable to improve on his final qualifying lap after a red flag, but his strong performance in Saturday’s Sprint Race saw him take ninth, just missing out on points.

Roy Nissany:“Our qualifying was one of the best this year, I was P1 after the first push lap but then I was impeded on the next and the red flag came out, meaning we weren’t able to go faster when the potential was definitely there. Starting in the midfield is always difficult, in the Sprint Race we made good progress and almost recovered to the points. Today was a tough one, but we have to focus on improving for the next round in Baku.”

Ayumu Iwasa:“Overall it was a frustrating weekend for me. We had amazing pace in qualifying and managed to get third. Unfortunately, I didn’t see the yellow flags for the stopped car so we received a pretty big penalty, which was a huge shame. In the Sprint Race I got a great start but was stuck behind another car. I had much more pace so went for a move, but we touched and I got damage. In the Feature Race we again had a really strong launch, and I was P11 on the last lap so went for another overtake, but it’s so hard to make it stick around here. We have to put this weekend behind us now and move on to Baku in two weeks’ time.”

Charles Pic, Team Owner: “We had plenty of pace in qualifying, Ayumu was incredibly quick given it was his first visit to the circuit. It was a shame he got the penalty for the yellow flag infringement, but we had to accept it and move on. Roy also showed great speed and definitely would have gone quicker on his final lap if not for the red flag. On Saturday, Roy made good progress but couldn’t quite break into the points, but overall it was a typical Monaco weekend. Today we tried to go for the alternate strategy, to pit early and run in clear air and hopefully get an undercut. We did this successfully with Ayumu and he was in the hunt for points, but unfortunately his overtake for P10 on the final lap didn’t quite go to plan. It’s clear that the speed is there, as a team we just need to eliminate some mistakes and make a few small adjustments.”