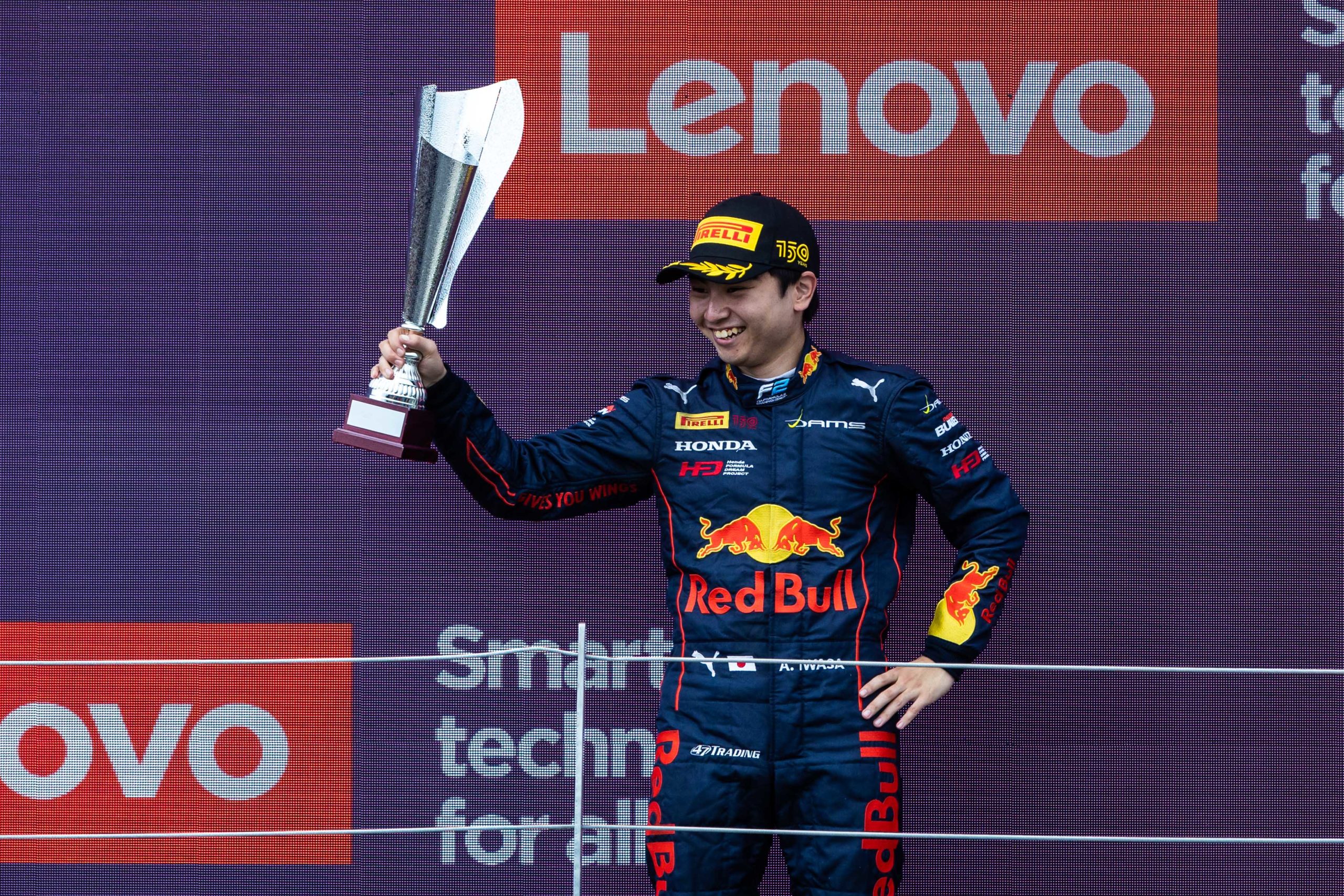 Ayumu Iwasa took second place in the FIA Formula 2 Sprint Race in wet conditions on his first visit to Silverstone, claiming his second podium finish of the 2022 season.

The Red Bull Junior put in a great effort in qualifying to take sixth, with his teammate Roy Nissany just missing out on the top-10 in 11th.

On a wet track in the Sprint Race, Iwasa made a strong start and showed excellent pace throughout, quickly working his way up to second. Late in the race, the Japanese driver began to close in on the leader, but ran out of laps before he could challenge for the win.

In the Feature Race, Iwasa got another excellent getaway to move up to fourth, but an issue in the pits dropped him down the order, eventually finishing 12th.

Ayumu Iwasa: “It was my first time here so it took a bit of time to get used to the track, but I’m really pleased to have taken a podium this weekend. We had great qualifying speed and P6 gave us a good position on the grid for both races. I still feel we could’ve gone for the win if we had one more lap. Our car had a lot of pace, especially in the low-speed corners and I enjoyed the challenge of the wet conditions. In the Feature Race I got another strong start and was hoping to get on the podium. Unfortunately we had a slow pit stop, it’s a shame to miss out on points but it happens sometimes in racing so now we have to look ahead to Austria.”

Roy Nissany: “We had a good start to the event in qualifying, so close to the top-10, which obviously would have changed our weekend completely. The Sprint Race was tough as nobody really knew the best way to tackle the conditions, but we had a decent race. Ayumu got it spot on so we can learn from what he did in the future. The Feature Race was obviously disappointing, it was a chaotic first lap that ended with the incident but we have to pick ourselves up and be ready to go again.”

Charles Pic, Team Owner: “Silverstone provided us with a very different challenge to the last two races in Monaco and Baku so our target was to convert our potential into points. The weather is always unpredictable here, but Ayumu was straight on the pace in his first visit to the circuit. Qualifying went well, Ayumu in P6 and Roy just a tenth away from the top-10, which was unlucky for him. Ayumu put in a great drive on Saturday in tough conditions, with the wet surface at the start and the drying track at the end. It was a mega effort from him, setting the fastest lap and getting so close to the victory. In the Feature Race, Ayumu again got away well and was looking good to score strong points. Unfortunately we had a slow stop, which put him back in the pack, making it really difficult for him to break back into the top-10. We have a quick turnaround for Austria, so we’ll look to do even better there.”