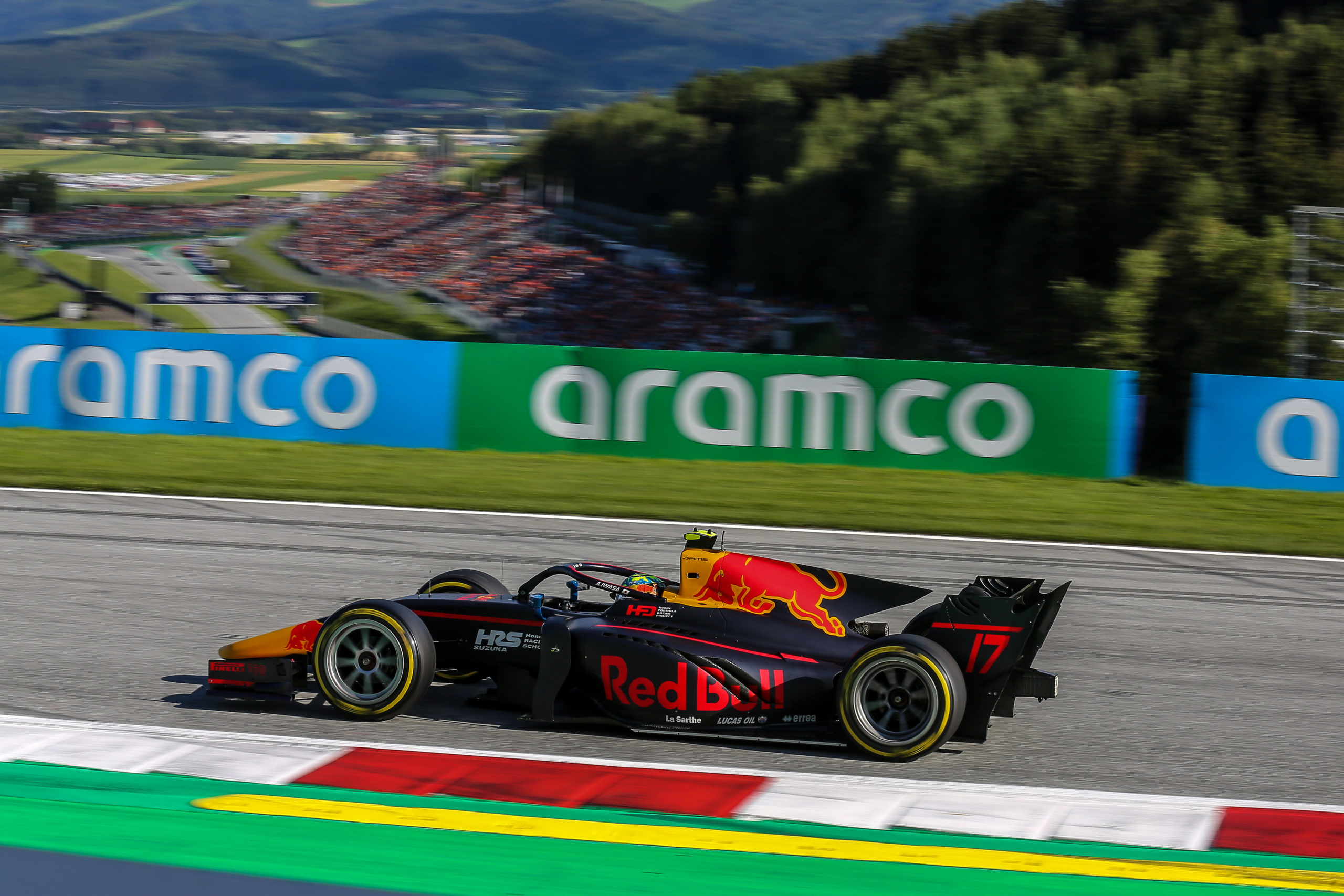 DAMS duo Ayumu Iwasa and Roy Nissany secured a double points finish for the team in the FIA Formula 2 Feature Race in Austria, battling through changeable conditions to both make it into the top-10.

Red Bull Junior Iwasa again showed excellent pace in qualifying, with his final lap in the session good enough for fourth on the grid.

In the Sprint Race, the Japanese driver took the chequered flag in eighth, but a post-race penalty demoted him to tenth. Meanwhile, Nissany put in a strong performance, making up nine places to finish 13th in the 28-lap event.

On Sunday morning the team was faced with a difficult strategy decision. On a drying track, Iwasa opted for wet tyres, with Nissany gambling on slicks. The Japanese driver made up a position on the first lap, but after an early Safety Car period the conditions swung dramatically in favour of the slick runners, dropping Iwasa and the other frontrunners down the order. Pitting for dry tyres at the earliest possible opportunity, he was able to recover to seventh, with Nissany putting in a solid performance to take two points in ninth.

Ayumu Iwasa: “We had quite good speed immediately on Friday and I was happy to take P4 in qualifying. It was a positive result and we still have room to improve, which is promising. On Saturday the tyre warm-up wasn’t ideal and then we got stuck in a DRS train. In the Feature Race we got a bit unlucky with the strategy, looking back we picked the wrong option. I didn’t quite have the right car balance on the slick tyres, so we weren’t able to recover as far as we would’ve liked. I did my best, our pace deserved more points throughout the weekend and now we have to look to take what we learned here into Paul Ricard.”

Roy Nissany: “We put in a strong performance this weekend. We were only a few tenths away from the top-10 in qualifying, which of course would have changed everything given how close the field was. We put in two good races, recovering plenty of positions and picking up points in the Feature Race. I’m satisfied with the performance after a tough weekend for me at Silverstone. Let’s continue the hard work at Paul Ricard.”

Charles Pic, Team Owner: “Austria isn’t too different from Silverstone in terms of track characteristics, so we didn’t change our approach too much. We were on the pace from the beginning and were the only team to do three push laps in the final qualifying run. Ayumu had the pace for pole and ended up taking P4, which was a positive result. Roy had good speed as well but wasn’t able to put his best sectors together, and in a tight field it cost him a lot of positions. Roy had a very positive Sprint Race, making up lots of places, but Ayumu unfortunately got stuck in a DRS train and lost out on points after picking up a penalty.

“In the Feature Race, preparation was difficult thanks to the conditions. The track was wet but drying quickly, so we opted to split our strategies, Ayumu on wets and Roy gambling on slicks. Unfortunately for Ayumu, the mandatory pit window came just too late and the dry runners were much quicker, meaning he lost a lot of positions. The pace wasn’t too bad but Ayumu was stuck in another DRS train and got a penalty for track limits, like many others around him. He ended up P7, so we’re happy to add to our points tally but obviously it could have been more. For Roy, he had a clean race, kept it on the track and deserved to score points in P9.”