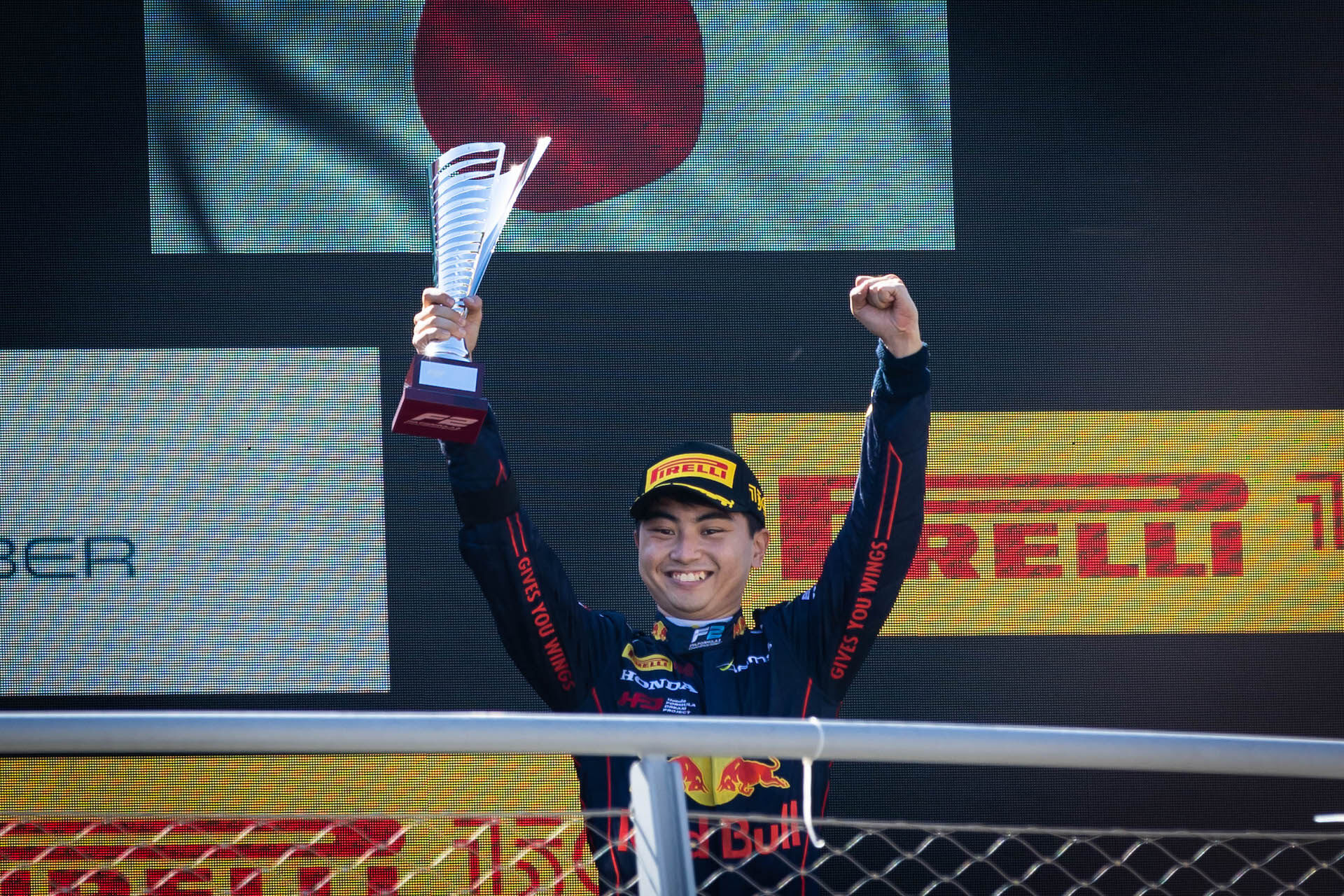 Ayumu Iwasa took his fourth Feature Race podium in five events with an excellent drive in Round 13 of the 2022 FIA Formula 2 season at Monza, before being disqualified after the race for having too much wear on his plank.

The Red Bull Junior was in the hunt for pole on Friday on his first visit to the Italian circuit, but a snap of oversteer at Parabolica on his last flying lap ended his session, heavily damaging the car.

The incident affected the balance for the rest of the weekend, meaning the Japanese driver wasn’t at full pace, dropping out of the points in Saturday’s Sprint Race. Meanwhile, Luca Ghiotto, racing in place of the banned Roy Nissany, put in a solid effort in his first F2 race since 2020 to take 13th.

On Sunday morning, Iwasa got a strong start from seventh on the grid to run fifth in the early stages. The DAMS crew reacted quickly to an early Safety Car, calling the Japanese driver into the pits for his mandatory stop. The well-timed call, combined with an excellent stop saw Iwasa move even further up the order.

Iwasa displayed terrific racecraft to hold off the drivers behind and secure third before the post-race disqualification.

Ayumu Iwasa: “I was really happy to be on the podium again and this one felt extra special as we didn’t have the best pace this weekend. Obviously it’s massively disappointing to lose the result but it’s nobody’s fault so we just have to accept it. The team did a great job to repair the car after my incident in qualifying, so I’m very thankful to them for their hard work. On Saturday I didn’t have enough confidence on the brakes, but on Sunday we made some set-up changes and it felt better. It wasn’t perfect but we were able to stay competitive to take third. Now looking forward to some time off after a busy few weeks and then finishing the season strongly in Abu Dhabi.”

Luca Ghiotto:“It was tough to return to F2 after two years away, but I expected that as the level of all the teams and drivers is so high. I had to work hard to trust and find my confidence in the car after so long out. On Saturday we moved forwards in the race which was a positive and I was feeling happier, setting strong lap times. In the Feature Race we were just unlucky to get caught up in the first lap incident and that was the end of my day, which was really disappointing but sometimes there is nothing you can do. A big thanks to DAMS for this opportunity and I wish the team the best in the final round of the season.”

Charles Pic, Team Owner: “Ayumu was in contention for pole and showing great speed on his first visit to Monza before his incident at the end of qualifying. The team worked really hard overnight to fix the car so a big thanks to them. After the first Safety Car period in the Sprint Race we realised Ayumu didn’t have the pace, he was struggling with the balance and didn’t have confidence on the brakes. Luca had a good race given the circumstances. He hadn’t competed in F2 since 2020 but was setting competitive lap times and gained several positions, which was great for him.

“On Saturday night the mechanics were busy again, finding the issues on Ayumu’s car and making some set-up changes for the Feature Race. While the pace wasn’t amazing, it was better than yesterday and it gave Ayumu something to fight with. The team made a great call to bring him in when the Safety Car came out and performed an excellent stop to get him out ahead of some of his rivals, and then Ayumu pushed to hold on to third. To be disqualified is really disappointing, but the rules are the rules and there’s nothing we can do except continue to work hard and hope to end the season strongly in Abu Dhabi. A big thanks to Luca for filling in for Roy this weekend, he did a great job and was unlucky to be caught up in the first lap incident today. He’s a good guy and a really quick driver so we wish him the best and look forward to Roy’s return at the final round of the season.”