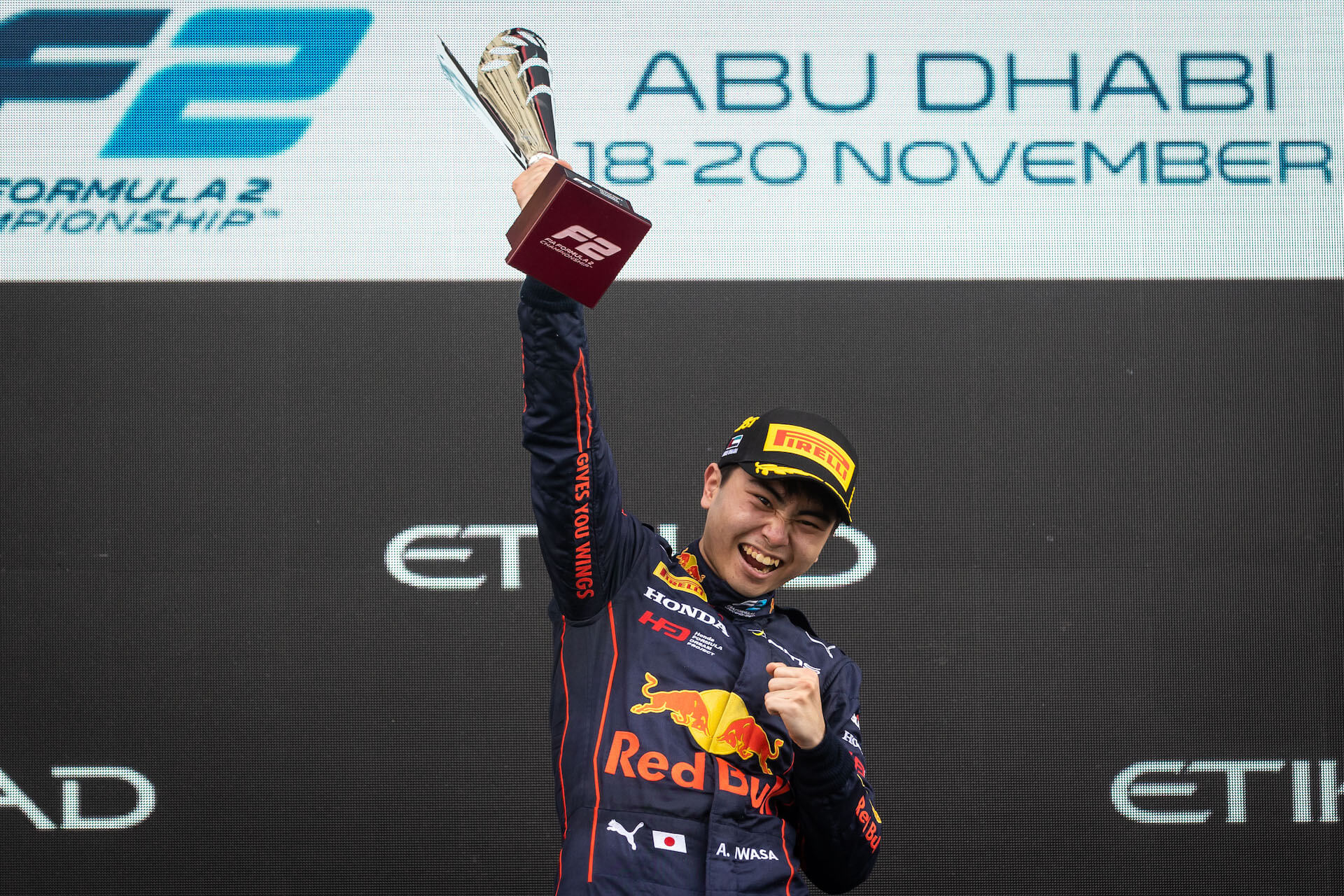 The Japanese ace pipped teammate Roy Nissany in qualifying to secure an all-DAMS front row for the final race of the year. Iwasa showed the strong pace he’s had all season to remain in first, fighting off challenges from behind to take the second Feature Race victory of his maiden F2 campaign.

Nissany finished in the points in both races to cap off his two years with DAMS in positive fashion.

Ayumu Iwasa: “I’m so happy with this weekend, we can’t ask for a much better event than pole position and Feature Race victory! We had great speed in qualifying so I was delighted to take pole and to have Roy alongside me on the front row. I was able to fight off pressure from behind in the final few laps in the Feature Race, which was tough, but the car was great and I managed the tyres well, stayed ahead and took the win. I’m very pleased with my debut F2 season, we learned a lot and finished it in perfect fashion.”

Roy Nissany: “Qualifying was a special day, with lots of hard work paying off. We had plenty of time ahead of this weekend to analyse all the data from the season so far and we saw the results of that with a front row lockout. We had a great car throughout and I was able to finish in the points on both days, even if the Feature Race wasn’t my best performance. I want to say a big thank you to DAMS for their faith in me and their commitment these past two seasons. It’s a great team to be a part of and I wish them all the best for the future.”

Charles Pic, Team Owner: “It was a beautiful weekend of results and an amazing way to finish the campaign. In qualifying the set-up was perfect for the conditions and the drivers did a great job, so it was an all-round excellent performance. Both cars got a great start in the Feature Race, with Ayu maintaining the lead. We had a few issues with overheating, which is why we pitted early, but Ayu was able to keep up his strong pace and take the victory. It’s the ideal way to cap off 2022 and shows exciting signs for next season. On behalf of the team, we say thank you to Roy for his efforts in his two years with DAMS. He’s a dedicated and passionate driver and a great person to have around the garage. Best of luck and see you soon!”