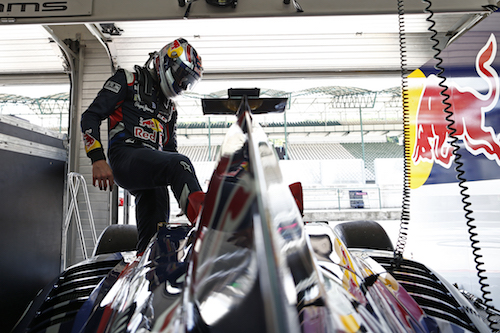 DAMS determined to bounce back as quickly as possible

In all sports even the best teams have their off days. DAMS is no exception to this rule and the French squad left Hungary with a sixth place for Dean Stoneman and ninth for Nyck de Vries, well below their expectations. Despite this, the team sees some positive sides and hasn’t forgotten that it’s in adversity that the greatest victories are forged.

After the very quick Spa circuit, the very slow twisty Hungaroring gave the DAMS drivers and their engineers a major headache. Various setups were explored in free practice, but none was suitable for the first qualifying session (Dean Stoneman P11 and Nyck de Vries P18). However, despite a poor grid position Stoneman managed to turn the situation around and made a good start on Saturday and finished sixth overcoming severe tyre degradation. De Vries also made a good getaway, but was bottled up for a long time behind Bonifacio and finished just outside the points in 11th place.

The two drivers’ progression in the race looked encouraging for the next heat although there was further trouble in store for DAMS at the Hungaroring on Sunday. A risky setup choice for the Dutchman didn’t pay off and he qualified in 13th place. Stoneman was unable to string together the best sector times in a single lap and lined up tenth on the grid. The two DAMS rookies met with mixed fortunes in the second race. De Vries made a good start and snatched ninth place, but was unable to improve any further despite an aggressive pit stop strategy. Stoneman was hemmed in in the first corner and saw a points-scoring finish slip away from him. He came home in 12th place. Although the team lost ground this weekend it is more determined than ever to get back among the front-runners.

François Sicard, Managing Director: “The results are disappointing at a first glance. We were hoping for better, above all as the whole team worked very hard over the weekend. But there’s also a positive side: namely, Dean’s and Nyck’s performances in the first heat. The specificity of the circuit and the fact that it’s very difficult to overtake hid the true level of the car and its drivers. We’ve obviously got a lot of work to do, but we have the resources to get back to the top very quickly.”

Nyck de Vries : “I can only be disappointed after a weekend like this one and such poor results. It’s all part of the game to have a bad weekend, and I’m sure that we’ll be able to solve our problems and fight back at the next round at the Red Bull Ring.”

Dean Stoneman : “I feel very frustrated after the two races. We fiddled around too much with the setups and qualifying proved this. On Saturday I was able to score good points thanks to an excellent start. Thus, I was expecting better on Sunday, but I was hemmed in in the first corner and on this circuit overtaking is very difficult. It’s a pity as I was much quicker than a look at the classification would seem to indicate. We’ll go to Austria with even more determination to get back on the podium.”