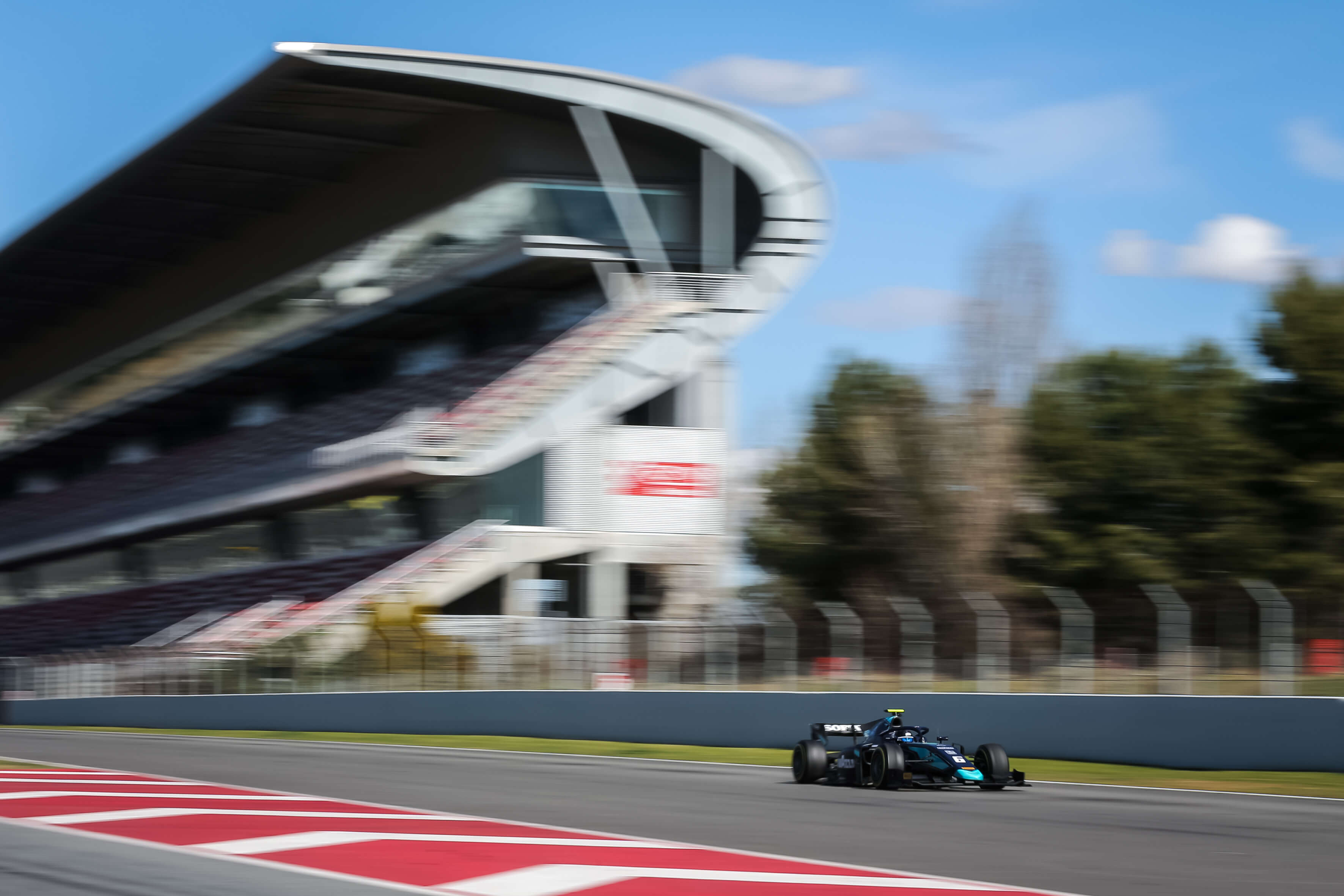 DAMS has completed its official pre-season testing ahead of the 2019 FIA Formula 2 Championship, with drivers Sergio Sette Camara and Nicholas Latifi now looking towards preparations for the first round in Bahrain.

DAMS tallied 929 laps in Jerez and Barcelona, covering 4,218km in total over six days of running, signifying the cars’ reliability.

Newcomer to the team Sergio Sette Camara was strong once again after his initial runs in Abu Dhabi at the end of last year, going quickest on day two in Barcelona during one of the morning performance runs. His time of 1:27.392 was the third best overall during the week. Latifi, meanwhile, continued to show his prime form after recovering from illness suffered at the beginning of last season.

More pace could yet be found however, as both drivers encountered traffic on some of their best laps, but it was a clear indicator of the strong set-up baseline DAMS has.

The team also completed several competitive race runs, which included practice starts and pit stops to fully recreate a racing situation, the performance of which shows great potential for the season ahead.

Sergio Sette Camara: “It was three very productive days in Barcelona. DAMS is studying the car a lot, so with that comes many procedures that I had to get used to as a new driver to the team. I could use the Jerez test for that and there’s been massive learning from all sides. We did the maximum we could out of the six days and I’m very happy with the team and the people working around me.”

Nicholas Latifi: “We got through all our programmes and run plans with relatively few interruptions and we did some of the most mileage of anyone in the second test so that’s very encouraging. In terms of the race running, every time we did a simulation we showed leading pace and that’s in-line with previous seasons, knowing that we have a good race car and I can manage the tyres. Now we have to prepare for the first race in Bahrain which I’m very excited for.”

François Sicard, Managing Director: “We followed our programme and we are satisfied with the results we achieved and our level of performance over long runs and race simulations. We are happy with our preparations for the coming season.

“Sergio’s integrated well into the team and the work we have done with him since Abu Dhabi testing is starting to pay off. Nicolas is motivated and back to the top performance level he showed towards the end of 2018 following the health issues he had.

“Now we are back at the factory in Le Mans where we will continue to prepare for Bahrain, analysing all the data collected over the last two weeks and using the simulator with both drivers.”

The first round of the 2019 FIA Formula 2 Championship will take place in Sakhir, Bahrain (March 29-31).