The FIA Formula 2 Championship is the final step on the ladder to the pinnacle of motorsport, Formula 1. DAMS has been competing in the category since its inception in 2017, as well as its two predecessors GP2 Series and International Formula 3000.

Half of the drivers on the current F1 grid contested the feeder championship or GP2, of which three raced for DAMS: Pierre Gasly, Alexander Albon and Nicholas Latifi. Carlos Sainz also raced for DAMS in Formula Renault 3.5.

Each race on the 14-round calendar supports the Formula 1 weekend, with a 45-minute Sprint Race on the Saturday and a 60-minute Feature Race on the Sunday. 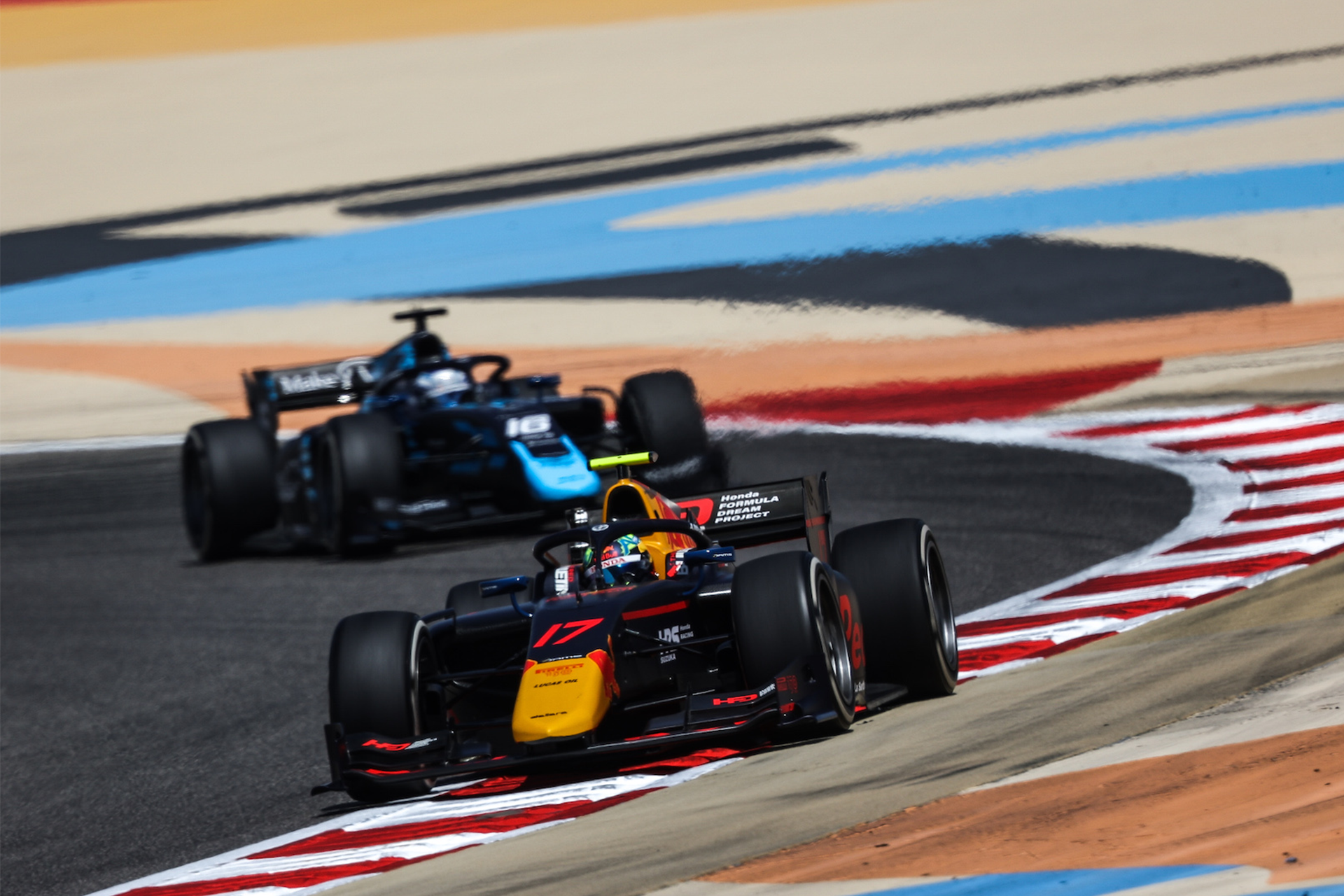 F2 is watched by over 32 million people in over 160 territories, with coverage on Sky Sports, FOX Sports, ESPN and Canal+ and Formula 1’s dedicated streaming service F1TV.

Drivers only get one 45-minute practice session on Friday morning before qualifying, which means you have to hit the ground running. The drivers which goes on to claim pole position receives two championship points.

The 2022 season will see the series revert to a two-races per weekend format. On the Saturday, drivers compete in a 45-minute Sprint Race (roughly 120 kilometres). The grid for this race is set by reversing the top 10 from qualifying. The top eight score points.

Sunday’s Feature Race grid is set by the order from qualifying. The 60-minute race (approximately 170km) includes a mandatory pit stop for a tyre change with the top 10 scoring points. Bonus points are also available for setting the fastest lap in each race.