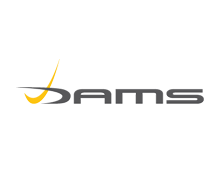 It was written in the stars that DAMS would dominate in Monaco this year. After kicking off the weekend with a double in GP2 Series the Le Mans-based team added a third win to its laurels with Norman Nato’s maiden victory in Formula Renault 3.5 Series after starting from pole. And to add to the team’s joy Carlos Sainz consolidated his lead in the drivers’ championship with fourth position, a result that has propelled DAMS into first place in the teams’ title chase.

After the team’s setbacks in Monaco in the previous years DAMS reckoned that the moment had come to spin the wheel in the right direction, and it found the right technical solutions to achieve this aim. Norman Nato, always quick and combative, who had not scored good results up till then, also found his feet. The driver from Cannes put on a stunning performance on the Monaco roller-coaster and he dominated the weekend from start to finish: fastest time in free practice, pole position and victory in masterly style. Carlos Sainz could probably have helped DAMS to a double without the penalty that pushed him back to fourth place on the grid. The Spaniard kept a cool head and bagged the points which, as Enzo Ferrari famously remarked, build titles.

However, while uncorking the bubbly the team will keep in mind the fact that another huge challenge awaits them next weekend on the magnificent Spa-Francorchamps circuit with the World Series by Renault. Last year DAMS won there with Kevin Magnussen and Sainz has always been very quick there. It will also provide Nato with the opportunity to confirm his position as a race winner.

François Sicard, Managing Director: “It’s just amazing! This year DAMS has taken over Monaco. It’s a huge pleasure and I take off my hat to the team for having drawn the right conclusions from the past. Norman’s victory was another emotional one like Stéphane Richelmi’s in GP2 Series. We know just how talented he is and he’s really shown it today. It’s just the start for him. Once again Carlos proved his intelligence and didn’t take any unnecessary risks in view of the championship. There’s still a long way to go, but that’s how you become a champion.”

Carlos Sainz: “It’s really a pity that I was given that grid penalty otherwise I could have been in front and the team would have been rewarded with a one, two finish for its fantastic work. I really tried to pass Jaafar, but I never found a good enough opening and I thought about the championship. My closest rivals were behind so I decided to take the points on offer. The team won and that’s what really matters. Now I’m going to concentrate on having a good weekend at Spa, a circuit I adore.”

Norman Nato: “At last! What a fabulous sensation and how happy I feel to have won the race in Monaco after setting pole. A big thanks to the whole team which kept its confidence in me despite the fact that it took a long time for the results to come. This victory on the most prestigious circuit in the world isn’t an aim in itself, but a start! Our work paid off today and it should continue to do so over the rest of the championship. It all fell into place in Monaco so I aim to take full advantage of this momentum at Spa, next weekend.”